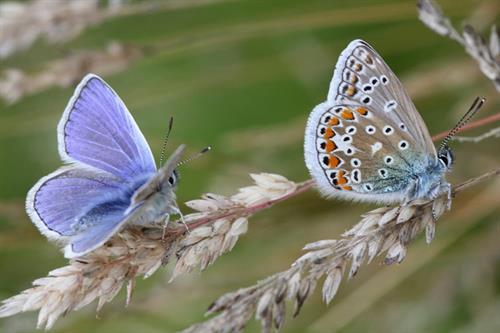 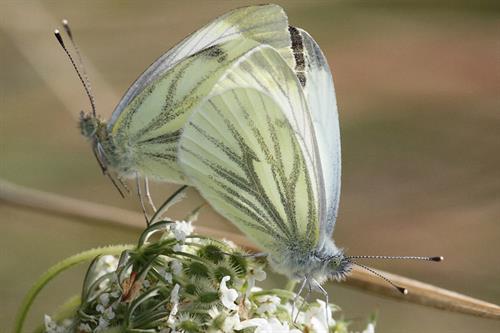 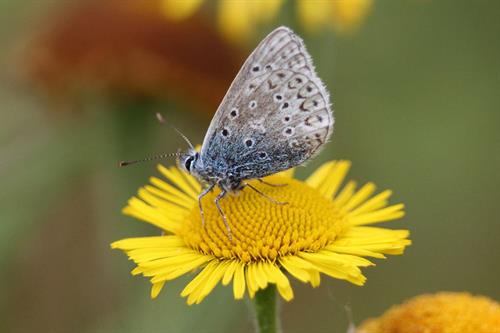 Butterflies and moths are all part of the Order of insects called Lepidoptera. Generally butterflies are day flying and moths nocturnal, which led to a historic separation of the study of these insects. However, in Wales there are as many day flying moths as butterflies. Moths have also been split in to two groups, the larger macro-moths and the smaller micro-moths but again this is not always helpful as some so-called micro-moths e.g. the Mother of Pearl (Pleuroptya ruralis) are larger than some macro-moths.

The Role of Butterflies and Moths in Ecosystem Function

Butterflies and moths play a vital role in the functioning of ecosystems. Many other insects, amphibians, birds and bats rely on them as a source of food, particularly caterpillars. There is increasing evidence that they are important pollinators as well as the caterpillars being significant herbivores. Their annual lifecycle, relative ease of identification and long history of research has made Lepidoptera critical in our understanding of environmental change. The abundance and shift in species assemblages has demonstrated impacts of habitat change and fragmentation. While distribution changes have helped predict impact of climate change.

Butterflies and Moths in Wales

In Wales, there are 42 species of butterfly and over 1700 moths as well as many migrant species such as the more familiar Painted Lady butterfly (Vanessa cardui) or Humming-bird Hawkmoth (Macroglossum stellatarum). However, there has been a significant decline in abundance and range of over two-thirds of our butterflies and moths with some species now down to only a few sites in Wales e.g. High Brown Fritillary (Argynnis adippe). The Section 7 list of Species of Principle Importance in Wales includes 14 butterflies and 35 moths that require conservation action in Wales. Nine species of moth are likely to be extinct in Wales. 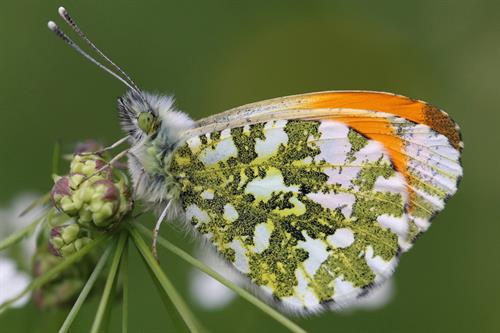 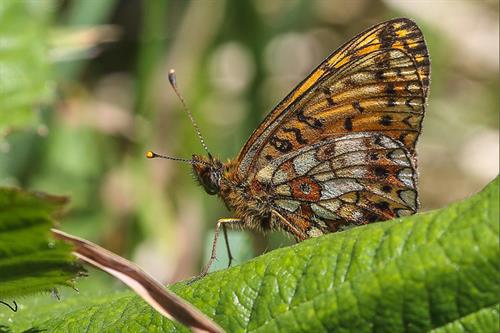 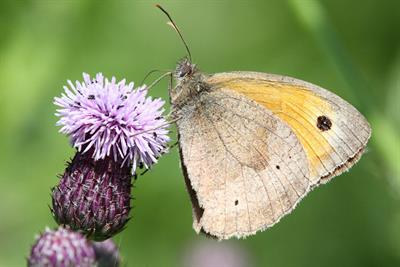 Action for Butterflies and Moths

The core focus is on saving the most threatened species, discovering more about those we know least about and recording how species are faring as indicators of environmental health. Butterfly Conservation Wales works with many partners to manage key sites for butterflies and moths. For instance work to save the remaining ten Pearl-bordered Fritillary (Boloria euphrosyne) sites in Wales is shared with Montgomeryshire Wildlife Trust, National Trust and Natural Resources Wales.

Recording of butterflies and moths is co-ordinated by county recorders and helps produce picture of changes in species distributions. Programmes, like the UK Butterfly Monitoring Scheme, help us assess the changes in abundance over time and to produce a Butterfly Index for Wales.