Fungi are not green plants and are in fact more closely related to animals than plants; most feed by decaying the remains of plants and animals, but some are parasites or beneficial mutualists. Many are microscopic, but the fruiting bodies of some are large enough to be easily seen, including mushrooms, puffballs, bracket fungi and cup fungi. They play an essential role in recycling dead material, and in the functioning of the soil.

The fungi form a distinct kingdom of the living world and organisms once considered to be fungi and by tradition still studied by mycologists occur in an additional three out the seven generally recognised kingdoms.

Fungi are central to the life support systems of Wales and planet Earth. The role they play in recycling materials is generally appreciated but their almost ubiquitous presence in and on plants and animals is only now coming to light. That these relationships appear to be largely beneficial to both partners is severely testing our preconception of fungi as being mostly undesirable and parasitic. The role of fungi in soil formation and conservation and carbon sequestration is also still little understood. What is certain is that fungi play a significant role at the heart of most ecosystems.

A better understanding of their role in nutrient cycling could bring benefits to agricultural, challenged by diminishing reserves of phosphate and the high cost of nitrate. In natural ecosystems, mycorrhizal fungi are crucial in plant nutrition and could potentially be harnessed in agriculture. The complex chemicals that have evolved in fungi to service these mutualistic relationships have already provided us with antibiotics, fungicides, statins, anti-inflammatory and immuno-suppressant drugs and cancer-fighting agents. Add to this the extraordinary contribution fungus make to our food supplies (bread, beer, wines and spirits, cheeses, mushrooms, fruit juices, tofu, mycoprotein, yeast extracts etc.) which underlines the importance of conserving wild fungi. The study of fungi is known as mycology and while interest in fungi is growing, there are few specialist mycologists in Wales or in Britain. 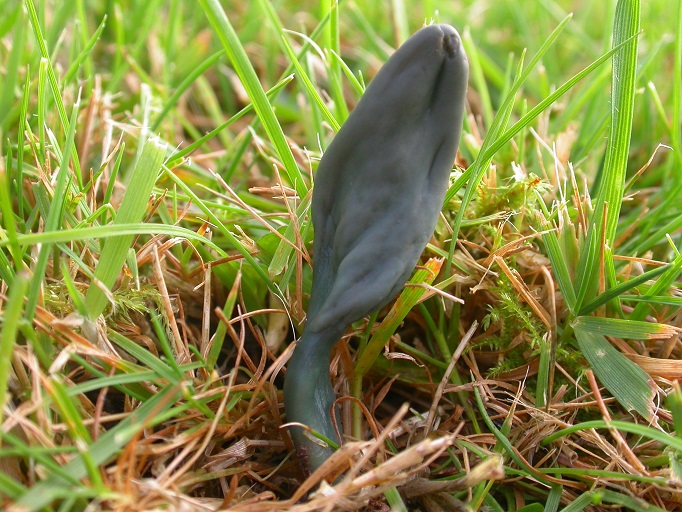 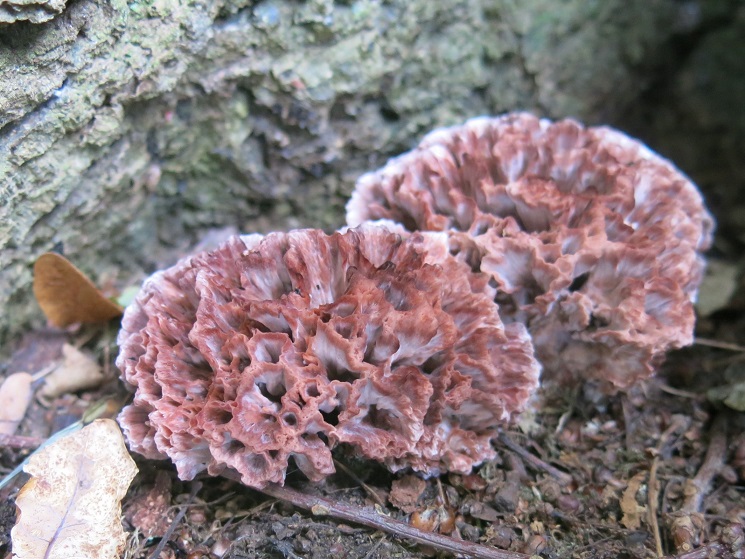 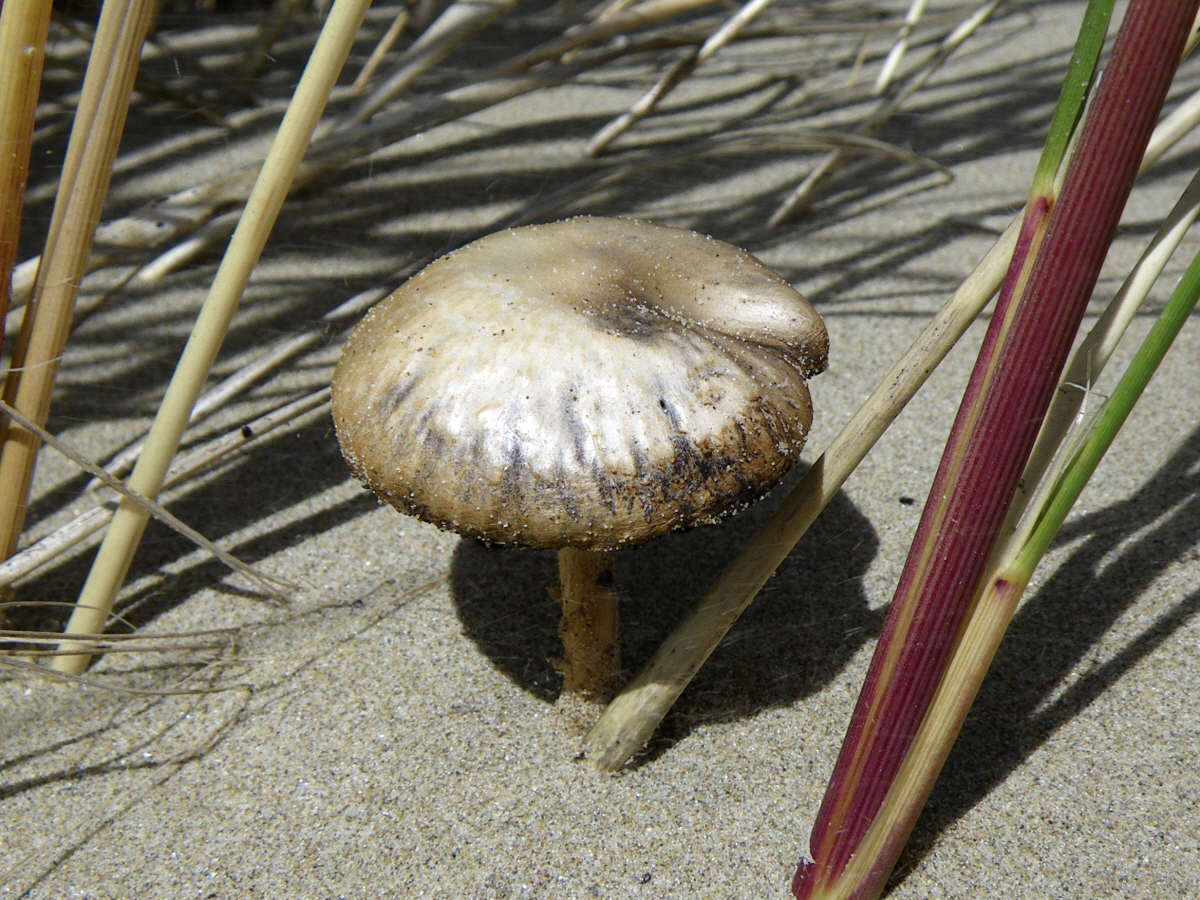 Fungi are present in most environments and perhaps are more often associated with woodland but the meadows, hills and sand dunes of Wales are also home to a vast array of fungi species. Fungi species in Britain are likely to exceed 12,500. Many of these are extremely under-recorded with just a few British records and there is very little reason to expect every species which are not recorded in Wales are absent. With greater recording effort and breakthroughs in DNA identification, a more up to date picture of the diversity and abundance of Welsh fungi will emerge.

Woodlands support the most diverse fungal assemblages in Wales. The familiar fairy tale ‘toadstool’ fly agaric (Amanita muscaria) is associated with birch, pine or spruce in general occurring on light soils. Bracket fungi growing on living or dead trees are very noticeable in woodlands, examples include turkeytail (Trametes versicolor) and hoof fungus (Fomes fomentarius). Grassland fungi communities exist due to Wales' oceanic climate, long history of grazing and hilly terrain and include the familiar parasol mushroom (Macrolepiota procera) and shaggy inkcap (Coprinus comatus). Waxcap fungi associated with low nutrient grasslands are particularity important in Wales and include the meadow waxcap (Hygrocybe pratensis) and blackening waxcap (Hygrocybe conica). Sand dune habitats are also a good place to find fungi associated with low nutrient input and include species such as the dune brittlestem (Psathyrella ammophila). Dune brittlestems are saprotrophic on marram grass and are salt-tolerant.

More work is needed to understand the roles of fungi in woodland ecosystems, particularly ancient woodland. Increased ammonia and nitrate levels are likely to lead to the loss of specialist woodland fungi species (and specialist species from other taxonomic groups).

We are still learning about fungi and the few mycologists that exist in Wales still have many unanswered questions about their distribution, ecology, fruiting patterns and detailed conservation needs.

Part of the difficulty associated with answering these questions is that there are only a few people who can confidently identify these fungi in the field together with the sporadic and seasonal fruiting nature of the fungi.

DNA analysis of soil samples can help us identify where these fungi communities are present. Aberystwyth University, led by Dr Gareth Griffith, have been undertaking an important programme of DNA research work.This work is helping us to steadily improve our knowledge about Welsh waxcaps however this is not enough in isolation, there is still a need for many eyes that can identify the fruiting bodies in the field.

Where to see fungi in Wales

Most vice counties in Wales have between 1500 and 2000 recorded fungal species, and new species for each county, and even for Wales, continue to be found every year. You can see fungi at any time of the year in a range of environments but most often in autumn when the often-colourful fruiting bodies are visible.

Newborough in Anglesey is particularly important and is regarded as having the richest dune fungal assemblage in Britain. The upland grasslands near Abergavenny are outstanding for their array of grassland fungi. Mere Pool Valley on the Stackpole NNR in Pembrokeshire is a good site for fungi with good displays of hazel gloves (Hypocreopsis rhododendri) in some years. Coedmor National Nature Reserve near Cardigan is an excellent site for woodland fungi. 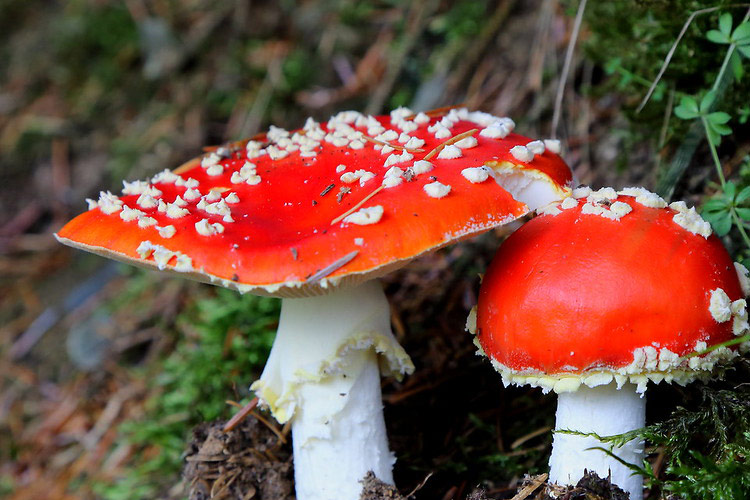 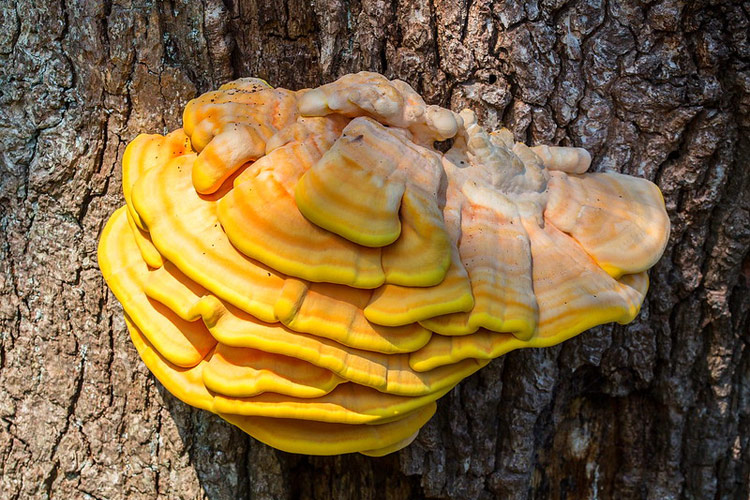 Chicken of the woods © Alun Williams

There are many ways to celebrate the incredible world of fungi by taking part in an organised group fungal foray or simply noting fungi on a walk on your own or with family or friends.

Several groups dedicated to fungi identification, research and field visits exist in Wales. Why not join one of these groups and help contribute to our knowledge of the fascinating world of fungi.