Wales has extensive areas of lowland grassland and heathland and each habitat supports a rich community of plants and animals. Grassland types are varied and include lowland meadows, calcareous, acid and neutral grasslands. Heathlands include wet and dry heath and there are transitions between lowland heathland and grassland in coastal areas such as the Llŷn peninsular. Welsh commons are of particular interest for their heathland and wet grassland communities. 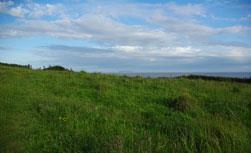 The WBP Lowland Grassland and Heathland Group has identified priority areas for targeted conservation effort in Wales which are listed below. The area maps are also available in GIS format. Use the contact us to request the files.

The Lowland Grassland and Heathland Group group draws its membership from a range of statutory, local authority and wildlife charities and is chaired by Helen Buckingham, National Trust.

Do you have a question relating to the work of this group? contact us